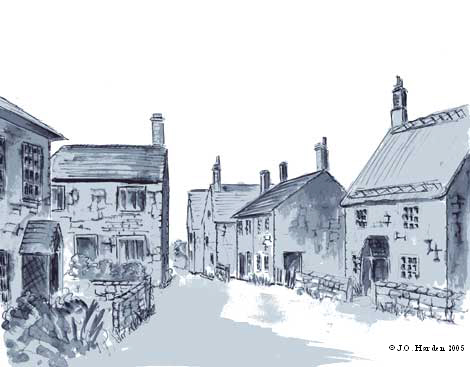 The original Church Hall, situated at the junction of Tisbury Road and Dinton Road, was built in 1885 at the instigation of the Rector, the Reverend A. Earle, on land granted to the village by the then Earl of Pembroke. According to a contemporary account by ‘W.L.’ published in the Salisbury and Winchester Journal of November 6th 1886: ‘Recognising the great want of a place of resort for the villagers where they could spend their time in a rational manner, the Reverend Earle purchased at his own cost an iron room, forty feet by twenty, and erected it on a piece of ground near the village given by the Earl of Pembroke. In addition to this Mr. Earle has fitted it up as a reading room and has supplied it with the London and county paper.’

This building was destroyed by fire in 1909, but the next church incumbent, the Reverend M.A. Shorland, organised the building of the current structure in replacement. Available primarily for church purposes, like its predecessor, it was also intended for use by the working men in the village for reading and recreation.

After being requisitioned by the armed forces during World War II, it came into its own again in peacetime when it hosted a bewildering array of village activities. In the 1970s the Parish Council purchased the building and it was renamed the Village Hall

Purchased at the ‘surplus to requirement’ sale held by the War Office at the demolition of the World War I camps in Fovant, this second hand army hut was erected by voluntary labour close to the road in what is now the front garden of ‘Nutwood’ in Tisbury Road. The Legion Accounts Book for 1956–59 gives a very good indication of just how much the hut was used by the village people. Whist Drives, Scout meetings, Youth Club meetings and dramatic performances, W.I. Concerts, Conservative Association Meetings, film shows, jumble sales, dances … the list is endless.

According to Royal British Legion records the branch in Fovant was opened on 14th February 1922 and closed on 14th May 1970. When the site was bought by a property developer, the hut was removed and sold to a local farmer in Sutton Mandeville.

Separate, but adjacent to the Poplar Inn, this was a purpose built small hall, similar in size and configuration to the Village Hall. It is doubtful that it was erected at the same time as the Poplar Inn, but it was demolished along with the Inn in 1998.