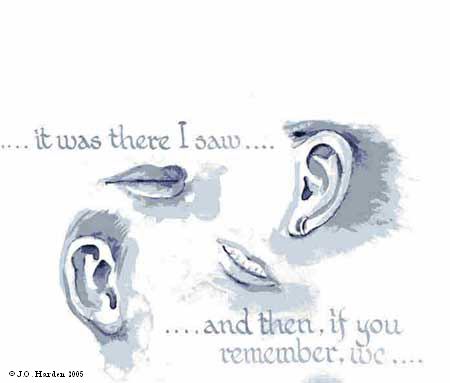 Dr Clay has left a fascinating account of some of the lawless characters who may have frequented Fovant in the past. The following appears in his ‘Notes on the History of Fovant’:

‘Although we have no account of any exploit by highwaymen in the parish of Fovant, we know that Cunning Dick and Jack Rattenbury worked in the district; and it is very probable that Boulter and Caldwell, the famous pair, worked here, for we know they ranged at Hindon, Warminster, Woodford and Downton.

Mary Sandell, the highway-woman, who lived at Baverstock, and who held up a woman in Burcombe Lane for which crime she was sentenced to death but was afterwards reprieved, may have robbed travellers in Fovant and not been recognised for she dressed in man’s clothes. (For more on Mary Sandall, click here )

When the stagecoaches travelled along the old road on top of the downs from Wilton to the Glove Inn at the foot of Whitesheet Hill, Cunning Dick used to lay in wait for them halfway between Chiselbury and Fovant Hut. He drove a large staple into the trunk of an oak tree on the edge of Garston Wood about a hundred yards from the road, and to this staple he used to tie his horse’s bridle. I have spoken to two men who have seen this staple. I think it is still there.

A few miles westward along the same road and opposite the village of Alvediston is a promontory of the downs called Gallow’s Hill. It has a small clump of Scotch Firs on its crest. Some years ago, I visited this hill and at once recognised the gallows tree. It had a long, thick branch stretching out at right angles towards the west. The branch was about eight feet from the ground. On this branch the groove cut into it by the chains of the gibbet, as it swung in the wind, could be clearly seen. There were also some steps cut into the trunk so that the hangman could climb the tree to carry out his job. It was the custom in those days to hang the highwayman, and then fix his body in a gibbet within sight of the scene of his crime. This gallows tree can be seen from the old coach road.

I did some excavations round the tree and found several fragments of old wine bottles. These no doubt contained the lunch of some of people who always flocked to executions.

In January 1776 Boulter and Caldwell robbed a man named Fowle near Pewsey. Mr Fowle sent a description of the men and their horses to the local paper. A few days later the customers in the Cross Keys at Fovant were talking about the two men. There were two strangers in the bar, and one of them said to the other “We had better hurry off, or we shall be advertised too.” These two strangers answered to the description of the wanted men. They were arrested and brought before Mr Charles Penruddocke at Compton Park.

Mr Penruddocke sent for Mr Fowle and two other persons from Pewsey who had been robbed. They arrived two days later and said the prisoners were not like the highwaymen who had attacked them; but they remarked that they recognised the horses. Since the prisoners had no firearms on them when they were arrested, Mr Penruddocke ordered their release.

On Sunday morning, 30 November 1783, between the hours of 10 and 11 o’clock in the forenoon, as Mr Reuben Sidney of Southampton was coming from Shaftesbury to the city (Salisbury), he was robbed near Fovant Hut by three footpads of 8 guineas; but on his complaining to them of the want of money to carry him home, they returned him one guinea.

Mr Sidney, calling immediately afterwards at The Hut and relating the affair, the landlord and another person set out with him in pursuit of the robbers, and tracing them across the country, apprehended them at The Bell at Hindon.

They were carried the next day before Thomas Benett, Esq. of Pitt House and committed to Fisherton Gaol, by the names of Richard Hancock, John Crocker and Benjamin Wyatt. The latter, we hear, is the son of a person at Blandford.

In days gone by, when Jack Rattenbury, the Rob Roy of the West, flourished and smuggling was rife, the neighbourhood and Fovant itself were noted spots for the free traders. It is said that the tower of the church, or rather the turret on the tower, was used as a beacon, and its lurid light often guided the smugglers. A man, now dead, was wont to ride on horseback from North Bradley, in North Wilts, to Fovant and Shaftesbury, and there obtain two kegs of spirits.

These kegs were slung one on either side of his saddle and thus loaded he would return at night to his father’s cottage, a distance of 30 miles, taking care to keep to the Downs nearly all the way. This man stated that his father was never caught, and he partly explained the reason, for he said the local excise man was often a partaker of the fruits of his midnight ride.

There is another story that horsemen would meet, at Chiselbury, other horsemen from Southampton, and would transfer kegs to their own saddles, and would gallop away with them to the north of the county.

An old inhabitant of the village has informed me that a house once stood, below the mill, on the east side of the road, at a spot which corresponds to the middle of the south side of the lower watercress bed. This house is marked on the Enclosure map of 1787 and a gap in the present hedge indicates where a flight of steps lead down from the road to the cottage, which stood close beside the stream. The last inhabitant of this house was a man named Goodfellow who trafficked in smuggled spirits. He used to be seen washing kegs in the stream. He was never apprehended and he made himself popular with one of the principal magistrates of the county, Mr Wyndham of Dinton, by offering him drinks of whiskey and brandy from a capacious flask, at all the local meets of the Dinton Foxhounds.’

(Told to me by Thomas Simper whose memory went back to about 1860 and who from childhood was keen on tales of bygone days in the village – R.C.C.C.)